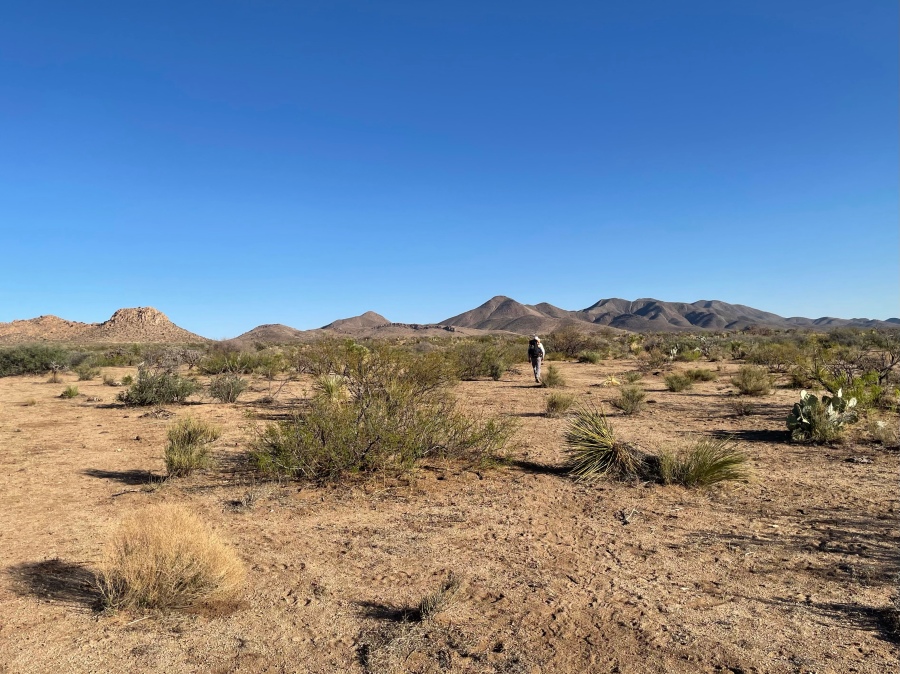 A band of jewel-toned fire lit the horizon as I lit the coffee water. Cherry lights whirled again in the dawn, and I wondered if Dan and Rita still hadn’t gotten a ride. We were hiking by 7, an hour and a half earlier than yesterday.

“So, are you in love with the CDT?” Prana asked. “Yeah,” I said, “I am.” I was worried I would be disappointed because it’s not the PCT- and it’s definitely not, but it is still great. “I really like it so far.”

After a lovely albeit sandy bit of single track, the trail merged with an old dirt road and wound through swells and swales below the foot of the Little Hatchet Mountains. Other than the lack of water, this terrain was ideal for breaking into trail shape: elevation gradually increasing as I both adjusted to and wished for it.

Prana and I took breaks where we found shade, usually at intervals of an hour. It was noticeably hotter today, predicted to spend the afternoon in the 80s. My knee was feeling good, though my ankle had entered its tender-to-the-touch stage, and I tried to stretch and approximate the physical therapy I’d been doing. We’ll see.

Around lunch time a huge, florescent green tree appeared on the horizon like a mirage, but when we reached it found people were already encamped beneath. And although they very kindly invited us to join them, we passed, still decompressing from the winter, not quite ready to dive into new interactions and community yet. Too late we realized there would be no second chance for shade anytime soon, and tried to make do with sitting under our sunbrellas for lunch – the first break I felt worse afterwards than before.

I dragged my sorry behind under my traveling shade spot of a sunbrella for half an hour before Prana pointed out a tiny juniper down a wash. “Want another try at a shade break?” I shrugged, inconsolable. He eyed me. “Does that mean you do but you can’t stand the disappointment if the spot is no good?” I nodded. “I’ll go check.” He waved me over, and small as the shade was, it was just right. I sprawled in the dirt and must have fallen asleep – an extreme rarity. When I sat up an hour had passed and I felt immeasurably better.

A few more miles brought us to the wooden tower that heralded our next water, and despite the grim de-vegetated dust thick with cowpies, there was a perfect crescent of unbroken shade behind the tank and a hose attached to the faucet. What luxury! What abundance! We stripped our tops and soaked them, hooting as we pulled them back on, chills crawling over sun-beaten skin. The water was a bit mucky on the tongue, but a few quarts slid down easy enough doctored with lime-ade drink mix. We rinsed out socks and underoos in a ziploc bag, and felt as if we’d just had a spa treatment.

The wind followed us away from the tower, single track winding through an unending army of creosote bushes. Another lonely juniper stood off trail, and we paused to cook an early dinner in its shade, the temperature finally mercifully dropping after. Open flats of hard pan stretched all around, and campsite options stayed scarce. The soles of my feet were getting more tender and irritated, but I’d checked them all day, religiously shaking sand out of socks and shoes, and hadn’t found any obvious problem spots. It was time to call it soon.

The wind died at sunset and we unrolled our cowboy camp in a token shelter of creosote, only a mile short of the next water. Not bad. I peeled off my socks where lo and behold, one blister stared back from the base of each big toe. Well.

I think piercing and threading blisters the night before must be the epitome of hard-easy; it’s so tempting to put off dealing with them until tomorrow, when the blisters themselves aren’t as tender, but the night gives the skin underneath them it’s first chance to toughen without added friction. I gritted my teeth at the sting of the needle and subsequent throbbing, gingerly rolled my socks on, and laid back on my sleeping pad. 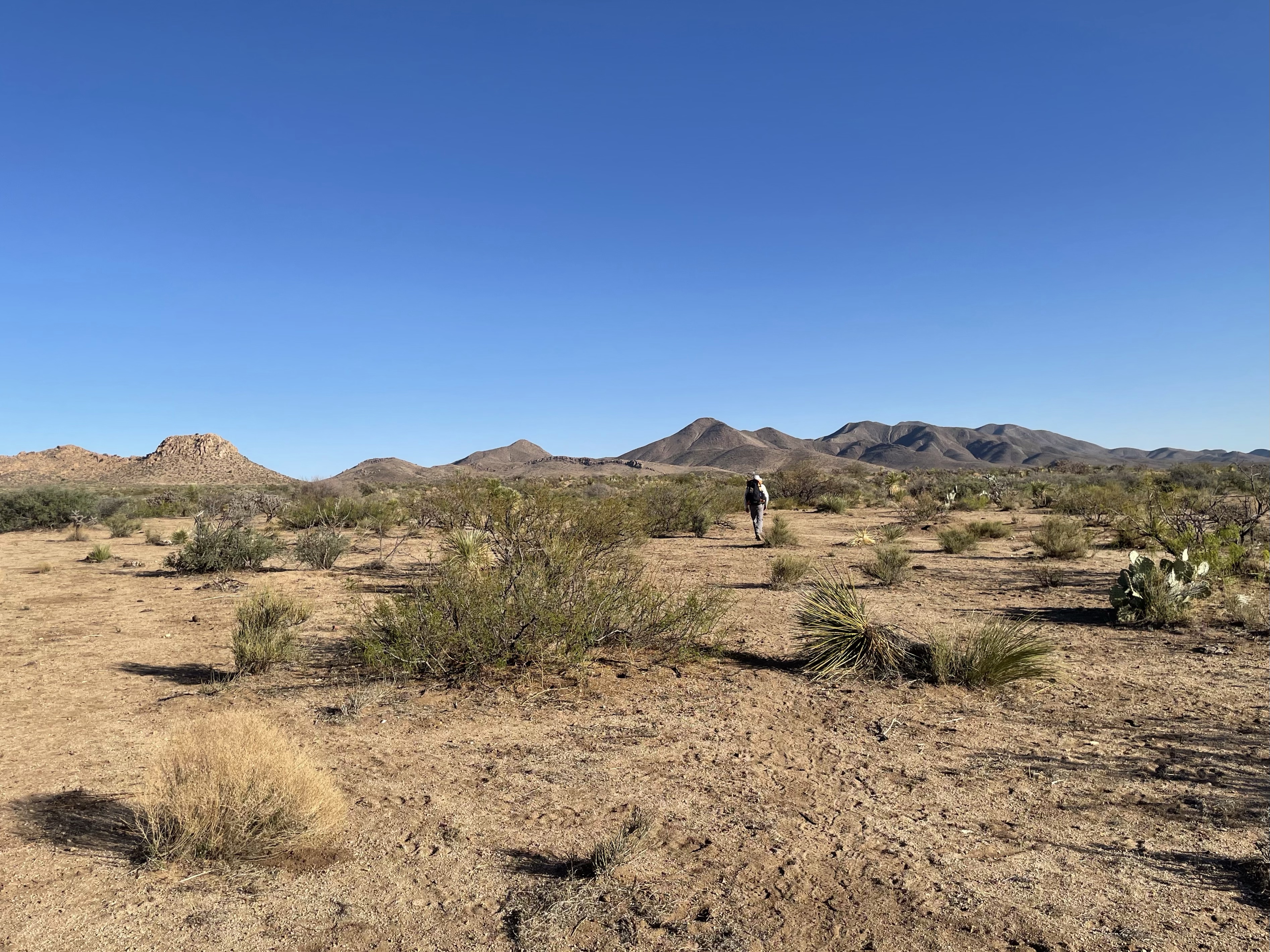