The dogs were not set on us last night, a fortuitous conclusion. Despite the soggy forecast, there was the barest whisper of rain on the tent in the early morning, and then, nothing.

We packed quickly and tried to time reslipping though the gate between cars. Only 5 miles to town! The highway carried us past a road sign for the Continental Divide, 6230 feet, labeling the Gila River drainage on one side, and the Mimbres River Basin on the other. Dark clouds billowed and roiled over the catchments of both.

We each plugged in a podcast to ease the pain of the highway shoulder as we gritted it out. Suddenly a sign announced Market Street, the road the hostel was on. Flagging down Prana, I asked what he thought about taking the side route rather than the ever-narrowing, ever busier shoulder, to just then backtrack from the north end of town. “I was thinking the same thing,” he said. Market Street had a skinny to non-existant shoulder as well, but the speed limit was only 15. We passed the Boston Hills bike trail system, whose map we perused for a non-road option into town, but they were all doubly circuitous, and we were ready to be off our feet and in front of pizza.

Silver City’s back-ways and side streets proved full of art and whim. Gardens, porches, murals, fences were all a kaleidoscope of creativity. We explored our way to the Triple Crown Hostel and arrived none too soon; ten minutes after settling on the porch, the sky cracked open and buckets and buckets of hail poured down, bouncing like bingo balls, burying the ground an inch deep in white. Thunder growled and echoed, slushy snow and rain took their turns, the hail returned. Those of us gathered under the roof shivered in the icy breeze and laughed at the incongruence- wasn’t this the desert? wasn’t this a drought? wasn’t it practically summer?

With a few hours until our room was available, Prana and I chatted trail logistics with two other hikers, David and Bullet, each planning different alternates through the Wind Rivers and Tetons. I don’t think I will ever tire of talking about trails and routes. When the porch population officially became a crowd, Prana and I slipped away into the weak sunlight and gushing streets and hopped puddles to a coffee shop for dirty chai lattes and pumpkin muffins, which was basically to fill time until the brewery opened for lunch (an hour sooner than the pizza place). It timed like a charm, and at noon we were digging into perhaps the best fish and sweet potato chips, with the best house-made tartar sauce, we’ve had in this country. So satisfied, we took a different route back to the the hostel to see new art and architecture. Silver City is an enchanting town.

We checked into our private room, and I rinsed and wrung all our clothing in the semi-private kitchen sink before submitting it to the laundry queue; it was way too filthy to expect to get clean in a single washer spin. We took long-anticipated showers, stretched under the gorgeous, rain splattered skylight in the semi-private sitting room, rolled with the cork balls, sprawled on the bed to finish the last 2 episodes of The Falcon and The Winter Soldier –Fantastic! Superb!– and indulged in a nap.

I worked on the blog, then went out to pick up a large take-away pie from Forrest’s Pizza, which was both fabulous and demolished in short order. When we sorted our resupply, we found we were somehow 4 meals and a lot of snacks short; guess we’d need to add food shopping to tomorrow’s chore list. How had that happened? I’d double checked the goods right before boxing them up.

We also had our recurring spat which happens every trip. “Where are the tweezers?” Prana asked. “I saw you using them and they’re not back where they belong.” Prana insists on carrying the tiny titanium tweezers in his first aid kit, even though I use them more often, and the combined result is I lose at least one pair per trail. “I know I put them back,” I said, and distinctly remembered doing so. But he was right, they weren’t there; so I gutted both packs, shook out the bed blankets, shone my headlamp grid-style over the carpet, retraced my steps to the bathroom. An hour of searching left me empty handed and both of us snippy. The real issue was 10:30 is catastrophically past our bedtime- everything would be easier to deal with tomorrow. 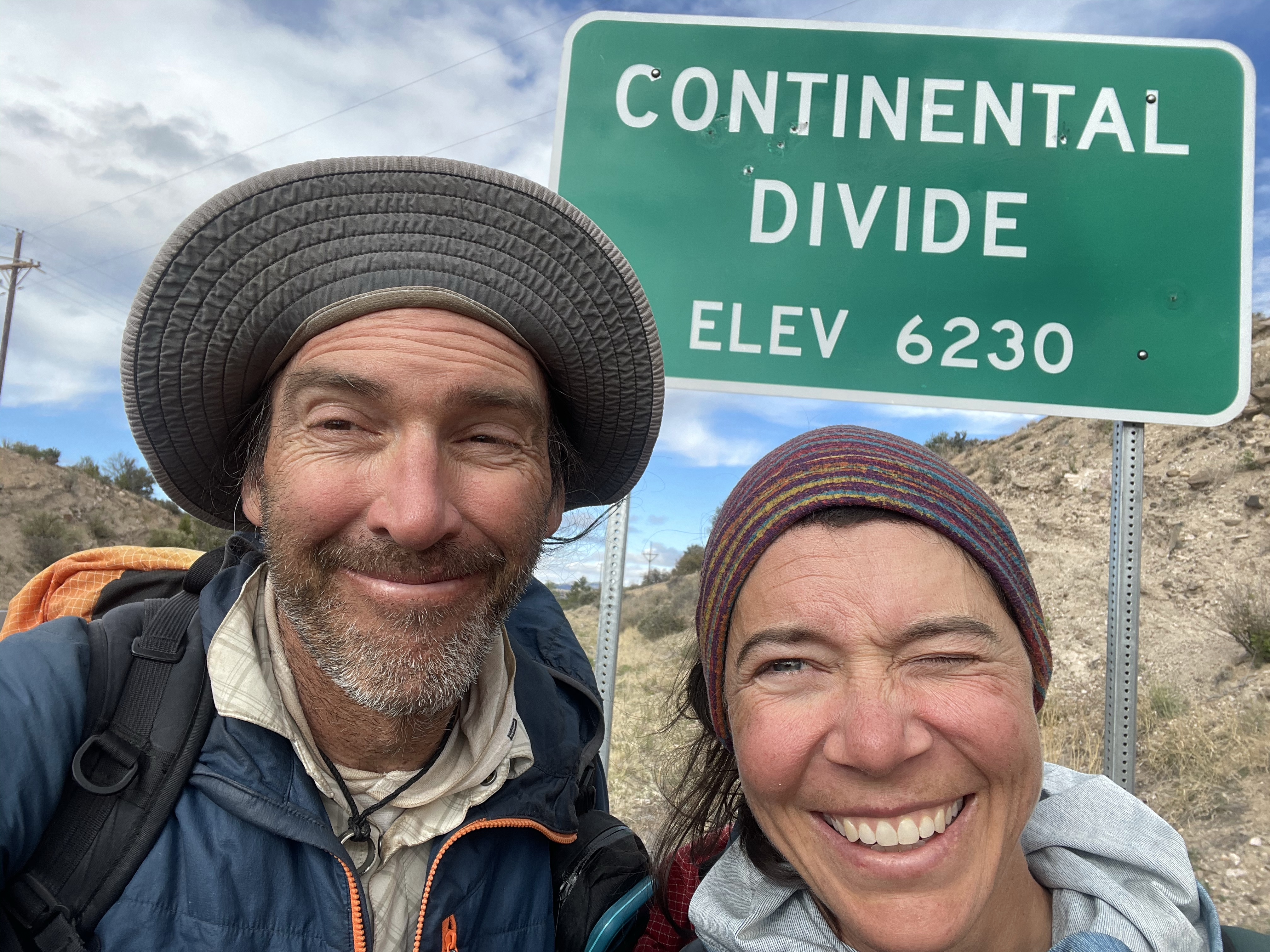