Today was a classic scavenger hunt of chores day. Parker returned from an early morning walk bearing glad tidings of great coffee. At the pharmacy we had to pull the pharmacist aside for every item, trying to figure out the over-the-counter equivalents between home and here. Turns out Benadryl is a prescription here. We walked down to the wharf to find a public bathroom (of which there seem to be 5 in the whole city) in order to walk back to dogwntown to purchase a hut pass, to be told the agency had just moved down to the wharf. One of those kind of days.

At one point during the wanderings, I realized I didn’t have my credit card. “You said in the hotel room you were leaving it there today” Prana was certain. When we got back to the room, I looked everywhere with no luck. I knew I had lost it. But I’ve known that before and found it weeks later in some inconceivable safe spot. So I started scouring the internet for what to do if a card is lost abroad. Pretty much every story was the same: it would be a hopeless months long wait to get a replacement. I decided to just wait until the card showed up, or someone else’s charges on the account did.

Maybe an hour later my phone rang. I had switched it over to a New Zealand number, and the call was coming from within the country. Strange. I answered. “Is this Molly?” “Yes.” “This is Matilda at the lobby. I have an Amazon credit card with your name on it. Are you missing one?” Elated, when I got down to the desk, I asked her how that had just happened. “Well, someone brought it in and said they found it on the sidewalk. I thought I remembered your name from when you checked it yesterday. And Amazon is an American thing, you know.” I am incredulous. And so so grateful.

After our final chore at the post office, we stroll with relief to the downtown. Another cunning use of shipping crates, instead of food trucks in Auckland they have food boxes. A dinner of Indian street food and Chinese dumplings is followed by a 40-second 70-story elevates rise up the Sky Tower (the highest building in the Southern Hemisphere). I am skeptical if it’s worth the hefty price tag, but the view from the top is phenomenal.

There is also a stomach dropping treat, a ribbon of walkway around the perimeter made of thick glass. 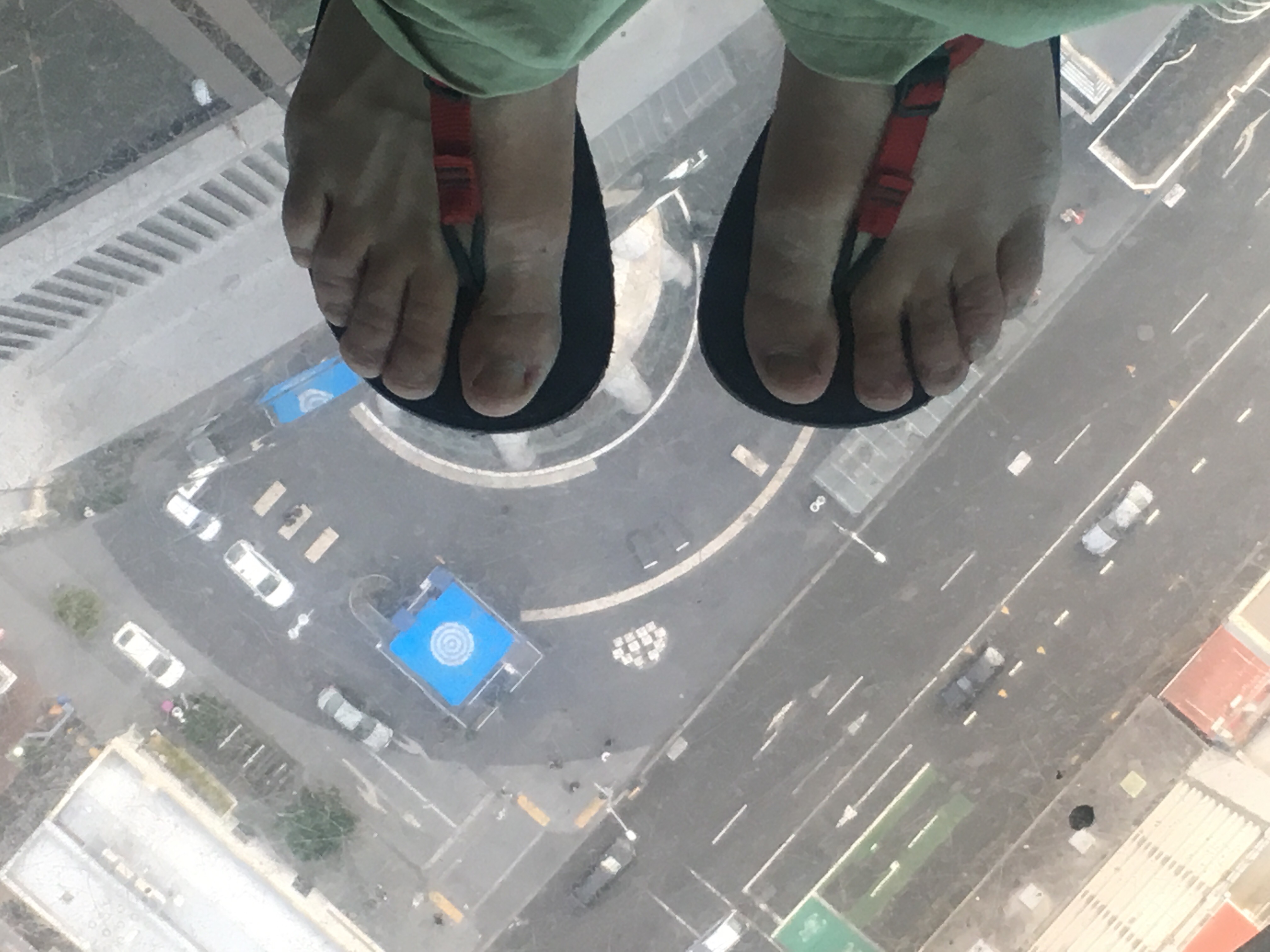 We watch the colors change as the light drains from the sky, and eat sherbet that tastes like bracingly fresh cranberries.